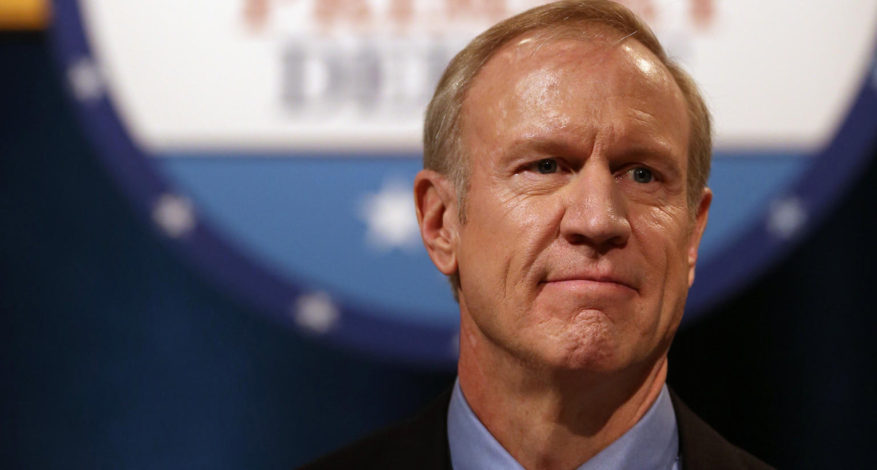 Following the State of the State delivered by Governor Rauner on January 31, 2018, Progress Center calls on Governor Rauner to utilize the final year of his first term in office to increase community-based support for people with disabilities in Illinois.  Progress Center is one of 22 Centers for Independent Living in Illinois.  Each Center provides services and delivers advocacy that give people with disabilities the tools to be independent in communities of their choice, outside of institutions.  Amidst the Illinois Budget Impasse that plagued Governor Rauner’s first term, Centers for Independent Living, like hundreds of other social service agencies, were devastated by the impasse.  Because payment for state contracts was delayed, centers were forced to take out lines of credit, institute furlough days, and lay-off staff.  Progress Center ended up losing three staff as a result of the impasse, and lost two programs, one that funded back up personal assistants for people with disabilities, and one that supported Latinos with disabilities in the Home Services Program. More so than Centers for Independent Living, people with disabilities across Illinois have been impacted not only by the effects of the Illinois Budget Impasse, but also by Illinois Policy.

In his speech on January 31, 2018, Governor Rauner said, “elements of social progress seem lost in Government.”  In his final year, Rauner has the opportunity to contribute to social progress.  In his role as Governor, he can assert his leadership to work with the disability community and its allies to build and strengthen the Home Services Program.  In his position as Governor, he can call for the closure of archaic, state run institutions for the disabled.  Also in his speech, Governor Rauner said it will take a “…joint effort to restore public trust.”  For people within the Progress Center community, Governor Rauner has the opportunity to rebuild trust by making a commitment to community-based services for the disabled, and backing up that commitment with action.