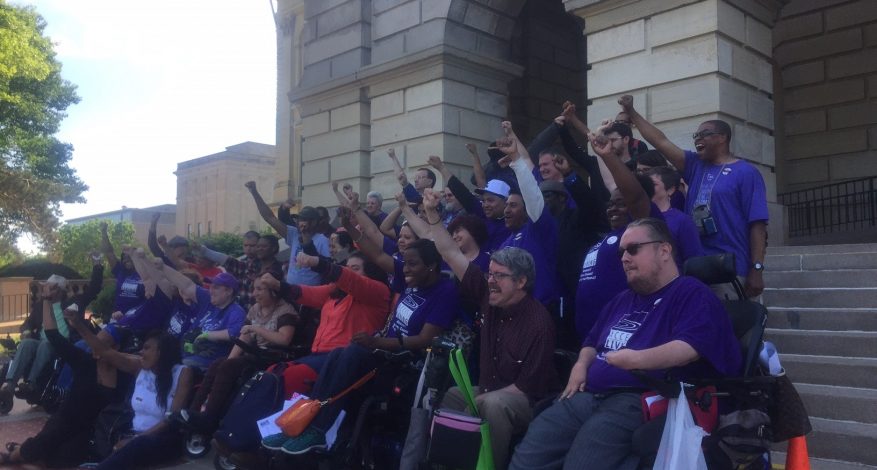 Advocacy staff from Progress Center for Independent Living will be in Springfield on February 20, 2019 for Governor JB Pritzker’s first Budget Address as the governor of Illinois. “I look forward to hearing the address and hearing about budget line items,” said Larry Biondi, Progress Center’s Advocacy Coordinator.  “We hope that the governor will financially support programs that expand resources for people with disabilities to live in inclusive, integrated community settings.”

“We spent much of Governor Rauner’s term in office fighting to protect people with disabilities against institutionalization,” said Clark Craig, a community organizer with Progress Center.  “With the new administration, we hope for policy that will protect our right to live the community, not policy against which we have to protect ourselves.”  Both Biondi and Craig will be in Springfield on February 20.  They will speak with legislators about: